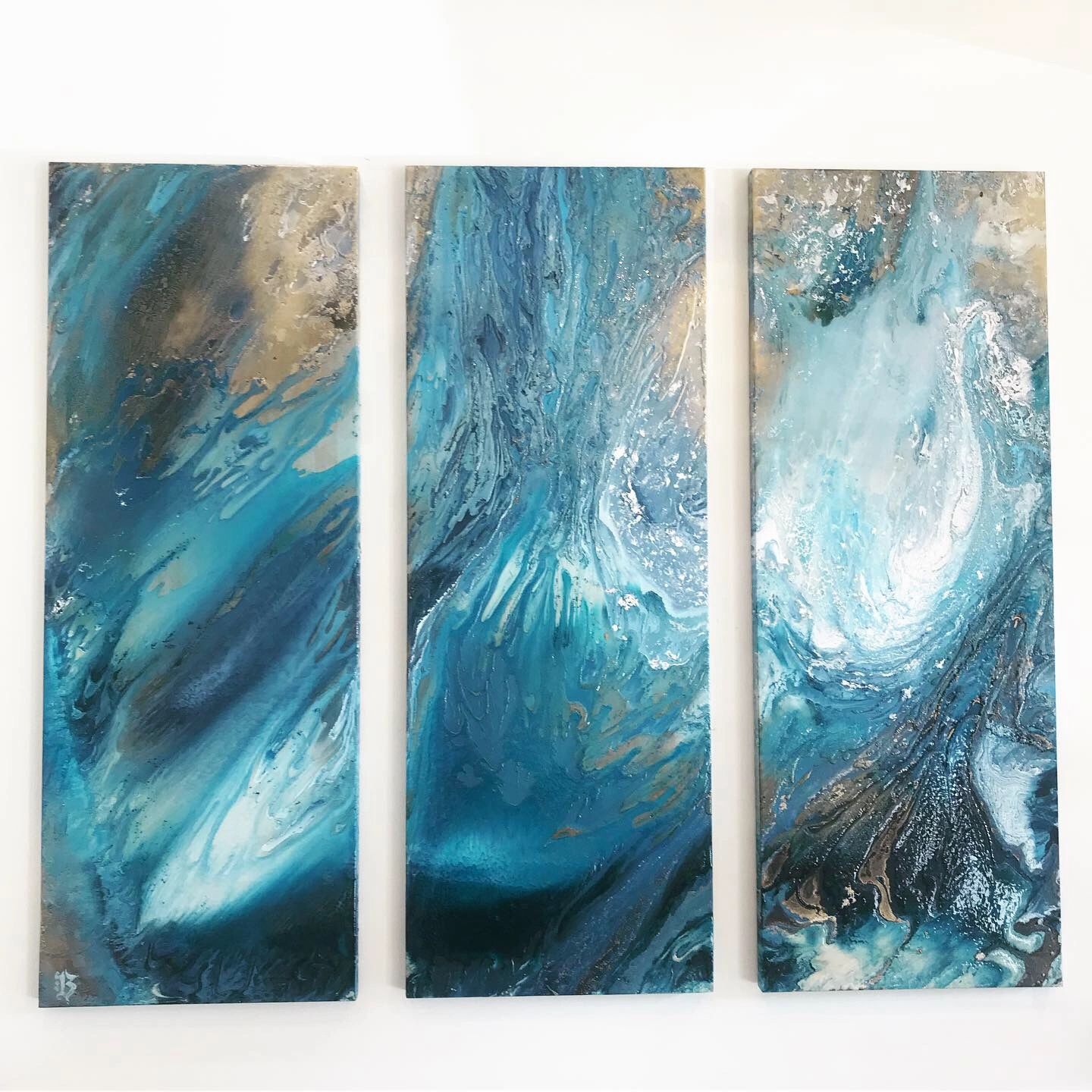 Brendan Parker is a Santa Rosa Beach, Florida based mixed-media artist who works primarily with epoxy resins. He was born with a passion for creation. As a child, Brendan showed strong interest in music. At the age of eight he began playing guitar. Over the years, he continued to explore other musical instruments. His passion to create grew. On October 24th, 2007, the day before his 21st birthday, Brendan's left hand was badly burned leaving him unable to play guitar. He was forced to explore other creative outlets. Instead of going out to celebrate his legal drinking age, he decided to divert his attention to canvas. Just as he had taught himself to play music, he taught himself to paint. Brendan finished his first piece on October 25th 2007, his 21st birthday. His work has evolved since through years of experimental painting with various mediums. Brendan's recent works are abstract and distinguishable by layered depth and dimensional flux. Each piece is a unique expression of the soul, all one of a kind.

Many artists have something they're trying to say with their work. I do not. I have no pre-meditated ideas or end games. When I step into the studio, I have very little idea where the artistic journey will lead me. For me, the studio has always been a place where I can take my anxiety, overwhelm and the pain of everyday life and alchemize it into something positive, something inspirational, something beautiful. That's why I create